Taika Waititi is a huge favourite with Kiwi audiences, so it was logical that New Zealand should be one of the first countries to enjoy his film ‘Jojo Rabbit’. Our challenge was to use baseline creative from the studio to produce local materials for the campaign. Our creative needed a distinctly Kiwi flavour to connect with Taika fans, establish the film as ‘home-grown’ and capture Taika’s unique, Kiwi humour. ‘Jojo Rabbit’ also had a timely and challenging storyline that needed thorough and careful communication in all our materials. The campaign also needed to deliver impact and create buzz positioning the film as a must-see.

The Wove team maximised impact, designing extensive advertising materials for the campaign, including billboards, digital ads and TVCs. These assets were also used across international markets. Taika was our ‘hero’ and key selling point, and we added reviews and quotes in the release week to help people understand the story and drive urgency. Our tactical digital strategy was detailed to align with key activity in the wider campaign, including TV roadblocks, key radio placements, and events like the Rugby World Cup matches. Meanwhile, our reporting and A/B testing gave us detailed insight on creative, messaging and market, allowing us to optimise the campaign in real-time and exceeding the client’s box office ambitions. The assets our team produced were used across international markets for the global release of ‘Jojo Rabbit’, proof of the quality and effectiveness of the design work. In New Zealand alone, our client took more than $5 million at the box office with the film playing 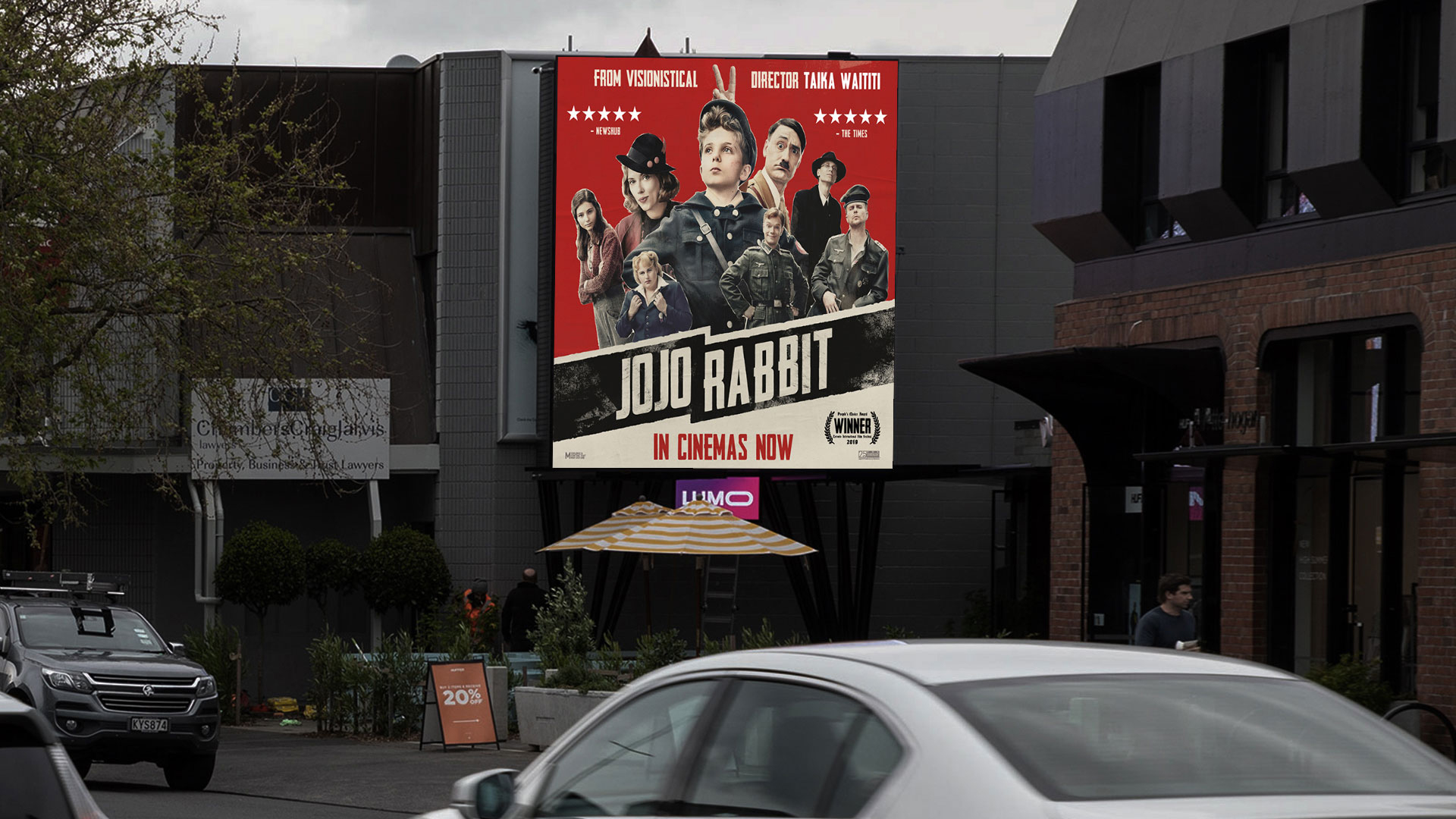 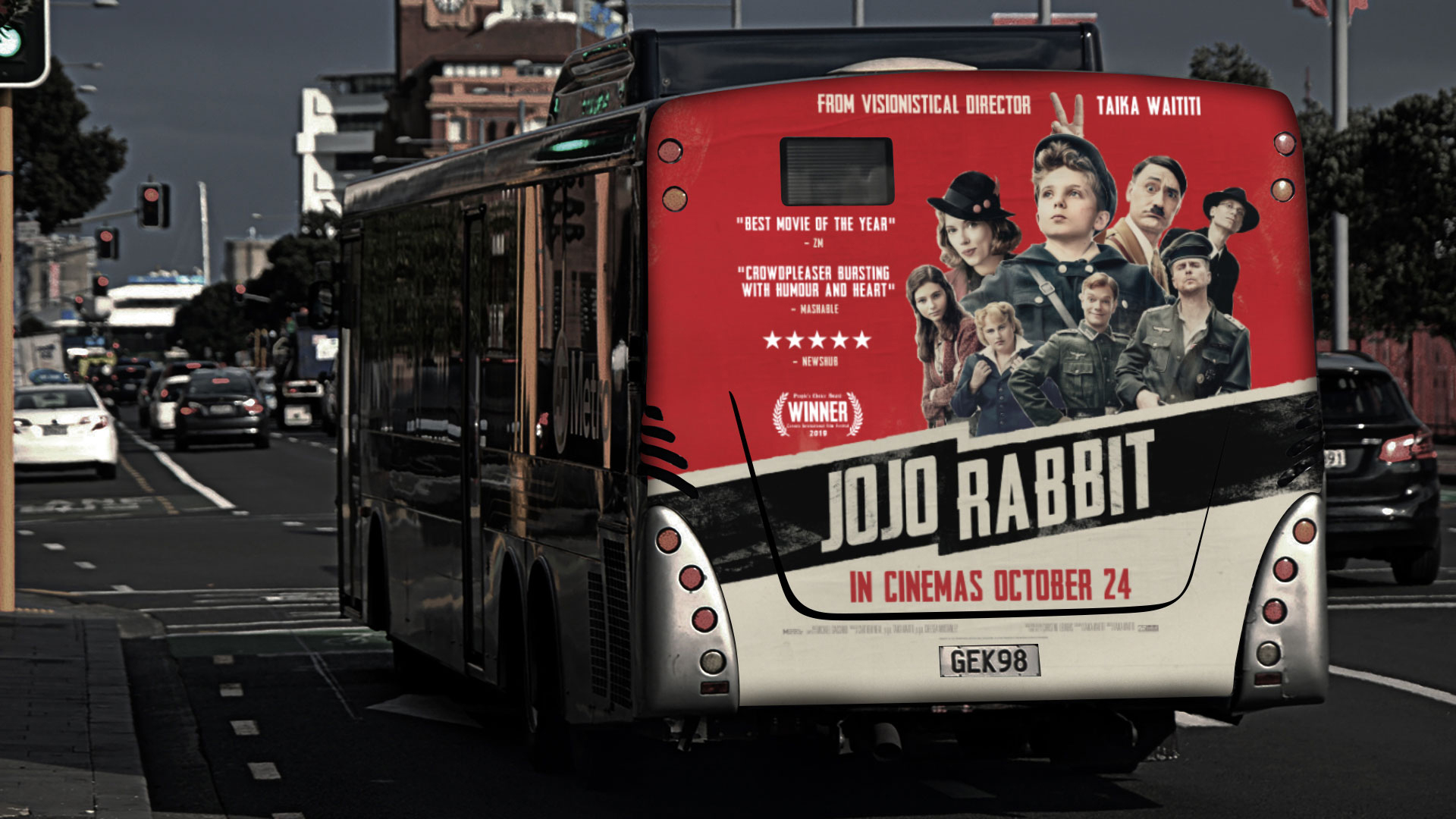 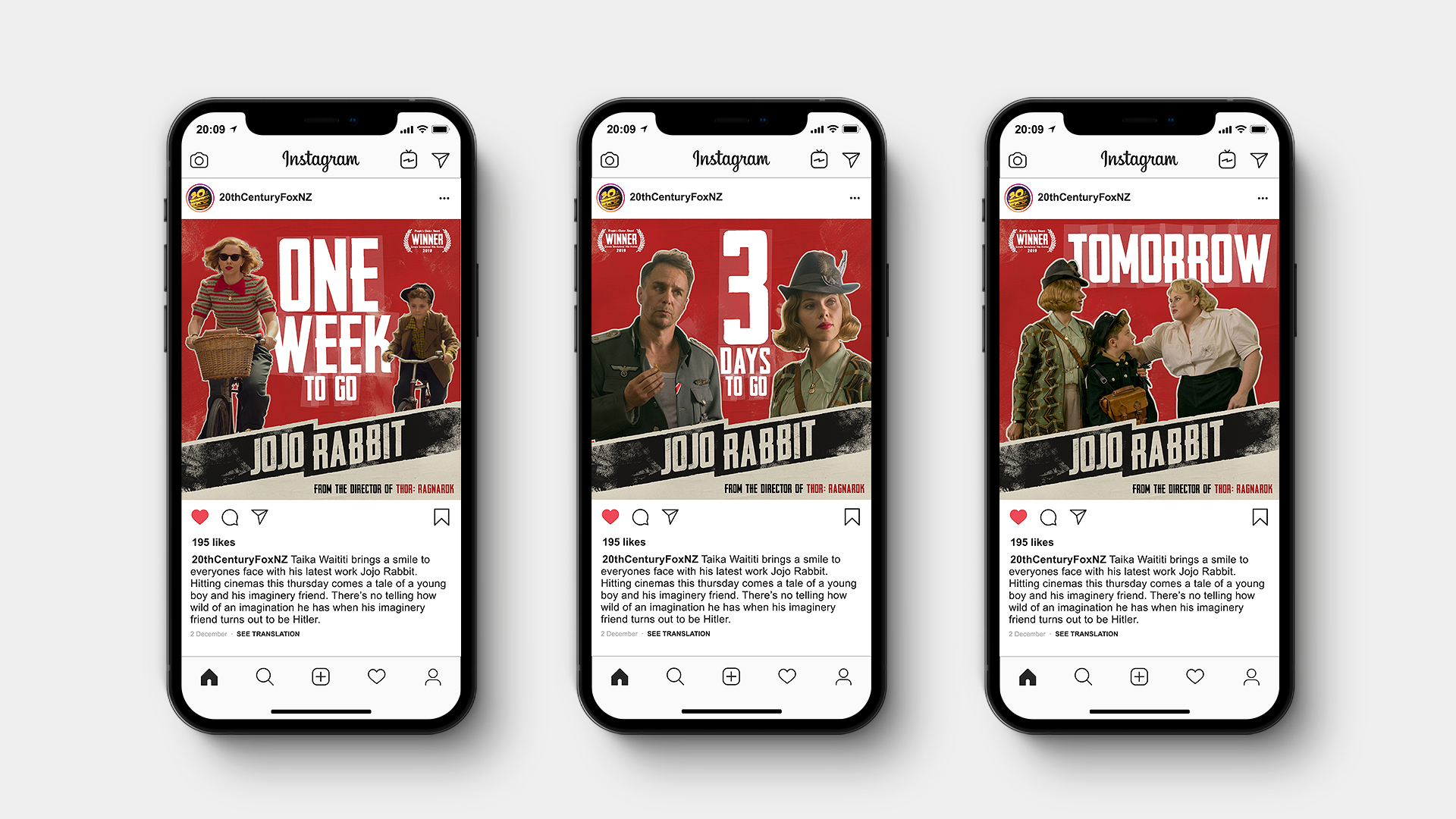 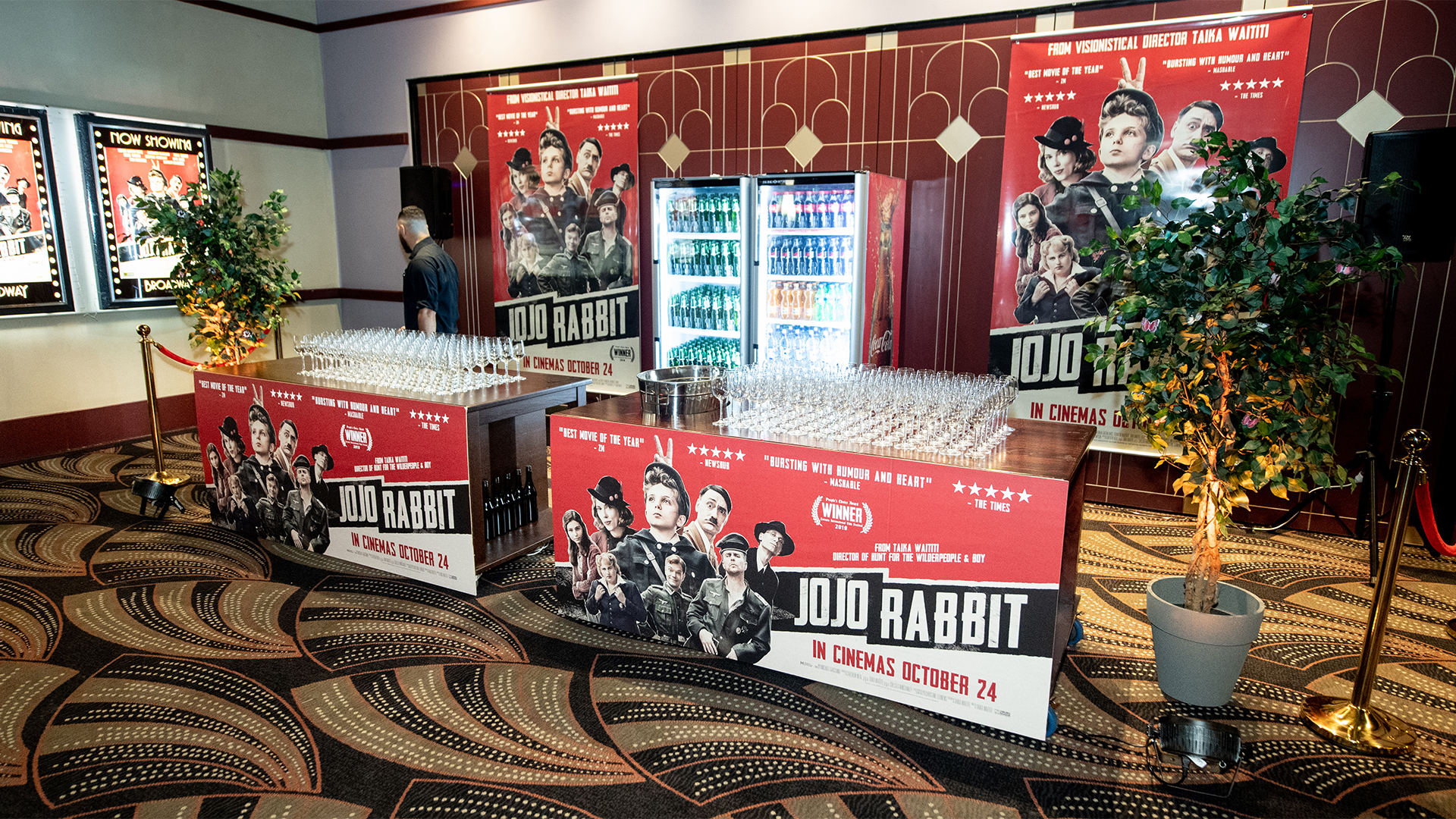 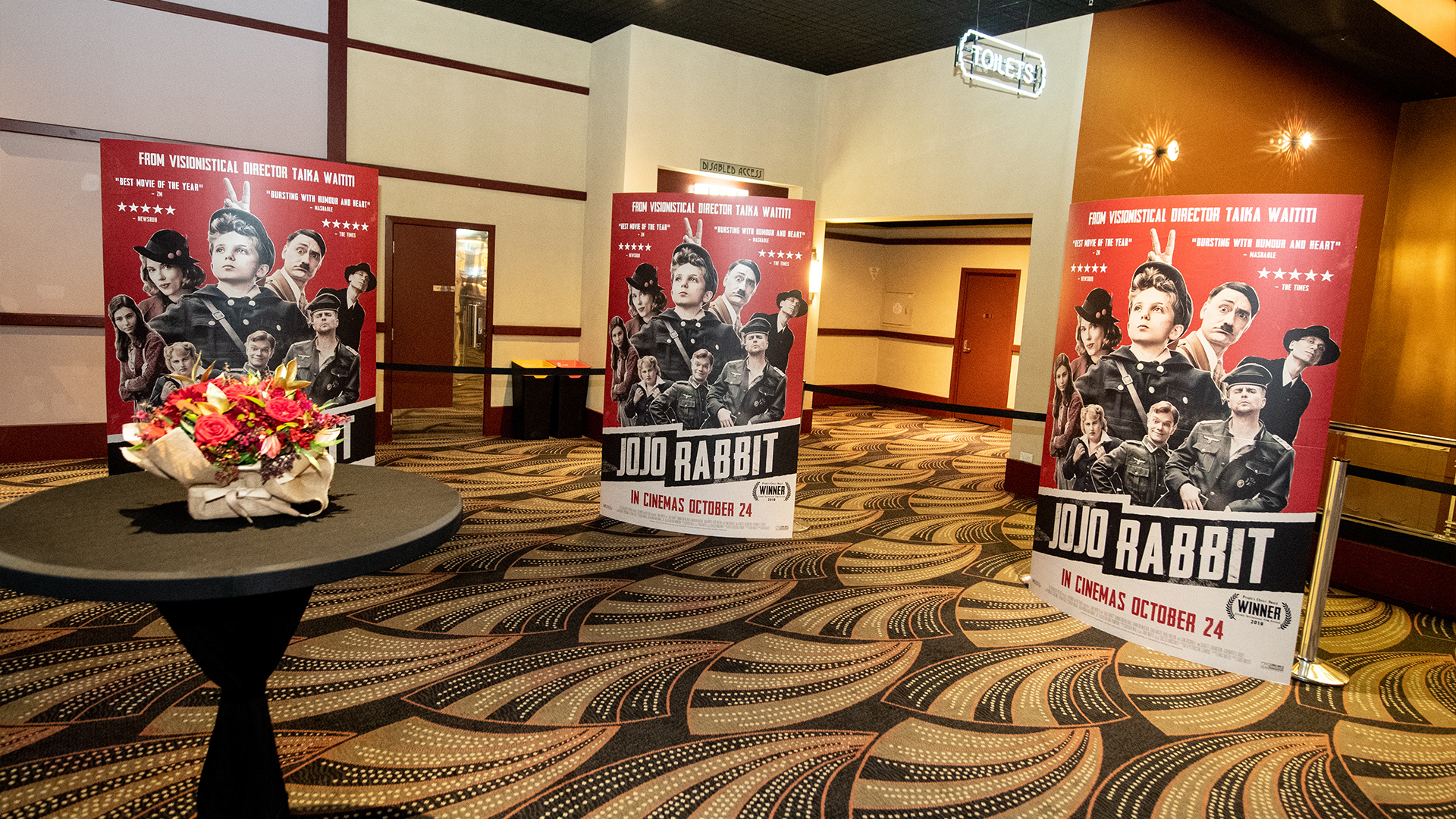